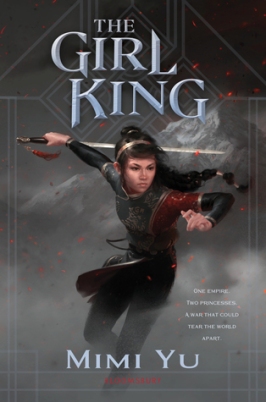 Two sisters become unwitting rivals in a war to claim the title of Emperor in this richly imagined, Asian-inspired fantasy for fans of Renée Ahdieh and Sabaa Tahir.

Sisters Lu and Min have always known their places as the princesses of the Empire of the First Flame: the eldest, assertive Lu, will be named her father’s heir and become the dynasty’s first female ruler, while timid Min will lead a quiet life in Lu’s shadow. Then their father names their male cousin Set the heir instead, throwing both girls’ lives into chaos.  Determined to reclaim her birthright, Lu is forced to flee, leaving Min to face the volatile court alone. Lu crosses paths with Nokhai, the lone, unlikely survivor of the decimated Ashina, nomadic wolf shapeshifters. Nok never learned to shift–and he has no trust for the Empire that killed his family–but working with the princess might be the key to unlocking his true power.

As Lu and Nok form a tenuous alliance, Min’s own hidden power awakens–a forbidden, deadly magic that could secure Set’s reign . . . or allow her to claim the throne herself. But there can only be one Emperor, and the sisters’ greatest enemy could very well turn out to be each other. Told in three distinct points-of-view, this first book in a sweeping fantasy series weaves a story of ambition, betrayal, and sacrifice. – Synopsis from Goodreads

All Hail the Girl King!

Betrayal! SO. MUCH. BETRAYAL.   These royals are some shady ass people and I lived for it! I need the second book and the first one is not even officially released yet.  #readerproblems

When I read this synopsis. saw the STUNNING coves and then realized it was an ownvoice Asian-inspried fantasy – I knew I needed to feature this book and ask Mimi Yu to come visit us in 2019 on TBR and Beyond.  Thankfully, she generously accepted and I’m so glad.  I think the members are going to adore this one when we read it in February.  The Girl King is about two young princesses.  The first, Lu, is very strong, brave, opinionated and determined to do things her way.  While the second sister, Min, is timid, polite and does everything that is expected of her.  When Lu finds out that she is not going to become the next empress and must marry her arrogant cousin, she sets out to change her fate and everything goes to hell in a handbasket after that.

I also can’t forget to mention my favorite character in this whole story – Nok.  I don’t want to say a ton about him or how he fits into the story.  I’ll let that unfold for you all as you read.  Amazing character and completely surprising plot point involves him.  All of the characters are well developed, including some amazing side-characters.  I feel like I’ll be obsessed with The Oracle, Vera for a long time! Badass is putting it lightly.

I am not sure if this will be a polarizing read in the YA community or not.  The female characters in particular are very fierce but not always likable.  I personally loved very flawed characters and I love how many dimensions these young women have in the book.  Sometimes I adore them and am cheering them on and sometimes I’m banging my head against a wall from a decision that is being made.  I love that though!

The Girl King has complex world building and a really cool magic system.  I love that the author takes her time to build it so I fully understood what was going on and became completely immersed.  One thing I adored about this book is that there is an EPIC battle scene.  They don’t hold back at all and it gave me all the feels and goosebumps.  I can’t stop thinking about it.  Too often the battle scenes feel rushed, not this one! This one is perfect!

I highly recommend checking this book out when it is released on January 8, 2019.  I think this is going to be a huge hit and rightfully so.  Give me more of that diverse fantasy because I’m living for the different stories that we are getting from it!

Thank you Bloomsbury.  ARC provided in exchange for an honest review. 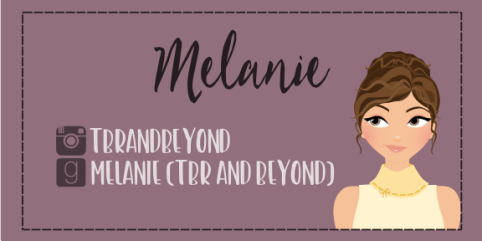 Join over 5,000 members on our very ACTIVE Facebook Bookclub!

Hello beautiful people! Hope everyone had a good weekend and is surviving Monday alright. I wasn't feeling good this weekend and didn't get much reading done at all. I normally do so much reading in October and this month feels like a bit of a bust - I guess I still have more than a week left though! Fingers crossed. I have to leave time for some scary movie watching though!!! - - Today's prompt for the #tbrandbeyondoctchallenge is Candy Corn. It was fun doing up this picture and finding the colors and such for it! I am not someone who likes candy corn though - it looks pretty, but it tastes like wax or something. I don't know! Not for me! I can't even think of when I would've had it last. Probably years ago. Must be a lot of candy corn lovers out there though because it's always around every Halloween. - - - What is your favorite Halloween candy? I always liked getting Twizzlers, Reese Peanut Butter Cups and Chips!
“That the battles are usually in her head does not lessen the bravery of it. The hardest ones always are.” - Jackaby The Jackaby Series! I have only read the first one and loved it so much! I am still hoping to read the other three by the end of the year, but it's likely just a dream. I'm so bad about finishing series. I am trying to get better - been working on it this year and overall doing better. Ok, I am going to finish this series this year! Hold me to it LOL - - - Today's prompt for the #tbrandbeyondoctchallenge is M for Mystery and I love a good historical historical fiction mystery and Jackaby throws in some paranormal elements too. I know historical fiction is not for everyone but I just adore it - it is slower paced but I don't really ever notice it. As long as the characters are good and the stories are interesting - I don't mind slower paces at all. - - - - Have you read the Jackaby series? Are you into historical fiction at all?
Hello all you beautiful people! I feel like I have nothing to say at all today - does anyone else get like that when they are posting on IG? It's like I get on here to post and my mind goes BLANK and I zombie out and can't think of a single thing. Ah well.... What can you do? - - - Today's prompt for #tbrandbeyondoctchallenge is Red and Black Books, so I dragged down a couple of my beautiful Barnes and Noble Collector's editions. I'm in Canada, so these weren't cheap getting over here but it was so worth it. I have a couple shelves full of them and I just adore them. They are stunning. - - - October 15th! We are about halfway to Halloween now!!! ☠️🎃👻
Just a quick post today, hope everyone had a great weekend and for those of you who are celebrating Thanksgiving weekend - hope you had an awesome long weekend! I didn't get much done this weekend at all - pretty much no reading. Hoping to have a great reading week for #spookathon this week though! - - - The Emperor needs necromancers. The Ninth Necromancer needs a swordswoman. Gideon has a sword, some dirty magazines, and no more time for undead bullshit. Tamsyn Muir's Gideon the Ninth unveils a solar system of swordplay, cut-throat politics, and lesbian necromancers. Her characters leap off the page, as skillfully animated as necromantic skeletons. The result is a heart-pounding epic science fantasy. Brought up by unfriendly, ossifying nuns, ancient retainers, and countless skeletons, Gideon is ready to abandon a life of servitude and an afterlife as a reanimated corpse. She packs up her sword, her shoes, and her dirty magazines, and prepares to launch her daring escape. But her childhood nemesis won't set her free without a service. Harrowhark Nonagesimus, Reverend Daughter of the Ninth House and bone witch extraordinaire, has been summoned into action. The Emperor has invited the heirs to each of his loyal Houses to a deadly trial of wits and skill. If Harrowhark succeeds she will become an immortal, all-powerful servant of the Resurrection, but no necromancer can ascend without their cavalier. Without Gideon's sword, Harrow will fail, and the Ninth House will die. Of course, some things are better left dead.