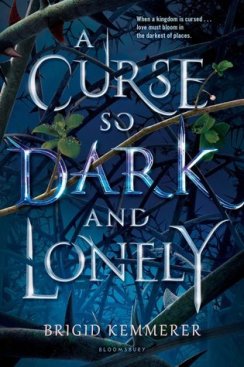 In a lush, contemporary fantasy retelling of Beauty and the Beast, Brigid Kemmerer gives readers another compulsively readable romance perfect for fans of Marissa Meyer. Fall in love, break the curse.

It once seemed so easy to Prince Rhen, the heir to Emberfall. Cursed by a powerful enchantress to repeat the autumn of his eighteenth year over and over, he knew he could be saved if a girl fell for him. But that was before he learned that at the end of each autumn, he would turn into a vicious beast hell-bent on destruction. That was before he destroyed his castle, his family, and every last shred of hope.  Nothing has ever been easy for Harper Lacy. With her father long gone, her mother dying, and her brother barely holding their family together while constantly underestimating her because of her cerebral palsy, she learned to be tough enough to survive. But when she tries to save someone else on the streets of Washington, DC, she’s instead somehow sucked into Rhen’s cursed world. Break the curse, save the kingdom.

A prince? A monster? A curse? Harper doesn’t know where she is or what to believe. But as she spends time with Rhen in this enchanted land, she begins to understand what’s at stake. And as Rhen realizes Harper is not just another girl to charm, his hope comes flooding back. But powerful forces are standing against Emberfall . . . and it will take more than a broken curse to save Harper, Rhen, and his people from utter ruin. Synopsis from Goodreads

I’m complete and utter trash for this book.  I’m not even sorry.  It’s gives me all those exciting fantasy/romance vibes of ACOTAR, while being completely different from that book.  This is the Beauty and the Beast retelling that I’ve been waiting for.

Let me just start by saying that I know some of you are going to groan at the idea of another Beauty and the Beast retelling and believe me, I totally feel that too; however, somehow A Curse So Dark and Lonely manages to feel like something fresh and new and I was living for it.  This is a modern take on the tale  – mixed with a more traditional take.  That will make a lot more sense once you start reading it.

First thing that got me really excited about this book was that it’s a fantasy with disability representation, yes – you heard that right! Our main heroin Harper has Cerebral Palsy, which makes her limp all the time.   I don’t know enough about Cerebral Palsy to say whether or not I felt it was good rep but I did really appreciate that it didn’t just feel thrown in there.  She was never held back necessarily due to her leg, but it gave her trouble all the time and there were times she knew she had to rest because she was exhausted.  I get tired of seeing rep where the person can just push through the pain and exhaustion if they just try hard enough, since anyone who lives with a disability knows that it not how it works at all.

The story starts off with our heroin, Harper, getting kidnapped and being dragged to this other world, which happens to have our beast in it.  I won’t get into any great details about the beast and the curse because it’s much more fun watching it pan out.

Rhen and Grey are the men Harper meets the moment she is taken in their world and I came to fall in love with both these men by the end of it.  I will admit that I wanted to bonk Rhen over the head a few times for being insanely frustrating – I still couldn’t bring myself to fully hate the man.  Grey, I was madly in love with from the start.  I guess I’m a sucker for a man in uniform – what can I say?

A Curse so Dark and Lonely does have a large element of romance mixed into it, but I personally loved that.  It will likely turn some readers off but I actually thought this romance only lent to the story, not distracted it from.  The only real complaint I have about this story, and it wasn’t even enough for me to take points off the ratings, is I thought the villain was a little boring and cliche.  I would’ve liked there to be more meat to her character but it didn’t ruin anything for me either.  She was fine, but she isn’t memorable at all.

This book clocks in at almost 500 pages long but don’t let that send you running in the other direction.  The print is bigger and the story is very easy to read, so you’ll get through it in no time.  Even though the world and characters do get developed – there is no complicated magic system or political system to learn.

I thoroughly enjoyed this read, I just had such a fun time with it.  I gave it five stars based on enjoyment alone.  I hope you all give it a try and enjoy it even half as much as I did.

Thank you Bloomsbury.  ARC provided in exchange for an honest review. 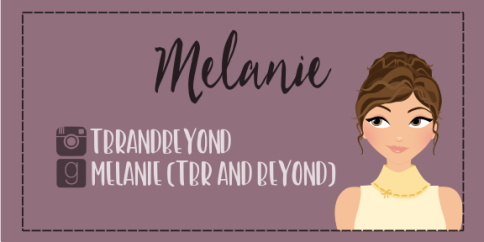