Hey everyone! It’s time to kick off another exciting tour.  TBR and Beyond Tours is so excited to be hosting the book tour for the HIGHLY anticipated YA Fantasy sequel wwwof Merciless Crow – The Faithless Hawk by Margaret Owen.   Make sure to check out the other blogs on the tour schedule (listed below) and be sure to enter the giveaway for The Merciless Crow & The Faithless Hawk (US ONLY) at the bottom!

We adore Margaret at TBR and Beyond and we were lucky enough to get to start off this tour with an interview with the author herself!

Congratulations on the publication of The Faithless Hawk! How has your publication journey been? How was publishing this year compared to your debut year?

Thank you so much! Every publication journey certainly has its ups and downs, but I definitely feel like those of us who had debut and sophomore books out this year have had a particularly hostile news cycle to try to disrupt. That said, I think we’re also finding that with so many conventions and shows going digital, there are a lot of opportunities available to us that weren’t there before! I’m also a lot less anxious about publishing this time around, because your debut book feels like your first chance to really wow the YA community, and it turns out it won’t really be the last!

Was The Faithless Hawk harder for you to write than the first book?

MANY, MANY WAYS, haha! I wrote TMC as the first third of a trilogy, but my publisher preferred a duology, so I had to adjust my plans. That meant looking at TMC as the first half of a story, and asking what the second half would be. I also was trying to write it around all the marketing and promo work for TMC, which made focusing quite a challenge!

Both The Merciful Crow and The Faithless Hawk are separated into three parts. Is there any significance to this or just coincidence?

I love me a good three-act structure! Back when I had planned on three books, while I wanted the narrator to always be Fie, I also figured the first book would be about Fie figuring out her place in the world, the second would see Tavin going through a similar journey of doubt and reckoning, and the third book would be Jasimir’s turn to face his demons. You can see a microcosm of that in TMC and how Fie’s relationships develop in each act!

Your preorder incentives for both The Merciful Crow and The Faithless Hawk were absolutely gorgeous! Do you think you would ever include your illustrations in one of your books or work on a graphic novel?

Thank you so much! The tricky thing with graphic novels is that it’s much more time- and labor-intensive to produce a single comic page than a page of prose, so I would like to be further along in my career before I commit that kind of time. That said, my publisher and I are looking for fun new ways to utilize my art, and I think we may be able to do so in another project!

If you were a citizen of Sabor, what caste would you want to be in? Is this a caste that you wish you could have been a part of the duology more than it did?

This one is easy for me! I love the concept of the Dove caste, which we don’t really see much of. It’s a quirky little group of folks, because it is 100% witches who are supernaturally skilled artisans of various disciplines. If you’re, say, a portrait artist, you could whip out a photorealistic portrait in a matter of minutes, using a piece of cardboard, a charcoal briquette, and a kleenex. I would be able to write Booker-winning books in a single week!

After reading The Faithless Hawk (multiple times now to be exact), I’ve got to know are you Team J or M?

In this house we love a good pun, so I HAVE to go with J!

What’s next for you? Can you spill on any details?

YES, because I’ve already chatted a bit about it on twitter, and no one from my publisher has (politely) told me to stick a fork in it yet! I’m working on my third book, which should be out sometime next year. It’s a loose retelling of The Goose Girl, from the viewpoint of the fairytale’s villain, the wicked maidservant who has stolen her mistress’s identity. For the last year or so, she’s used that identity to scam her way into high society parties and rob the hosts of their jewelry, but when she crosses a local deity, she winds up cursed to turn into jewels herself… unless she can make up for what she’s taken. I’m a huge sucker for stories about villains trying (and struggling) to do good deeds, so this has been enormously fun to work on!

This interview was done by team member Felicia Matthews. Felicia co-runs the blog site Stocked Up on Starbooks. 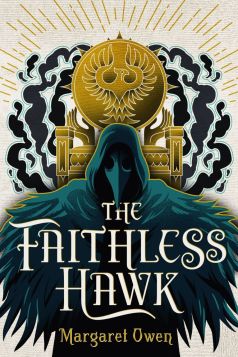 As the new chieftain of the Crows, Fie knows better than to expect a royal to keep his word. Still she’s hopeful that Prince Jasimir will fulfill his oath to protect her fellow Crows. But then black smoke fills the sky, signaling the death of King Surimir and the beginning of Queen Rhusana’s merciless bid for the throne.

With the witch queen using the deadly plague to unite the nation of Sabor against Crows—and add numbers to her monstrous army—Fie and her band are forced to go into hiding, leaving the country to be ravaged by the plague. However, they’re all running out of time before the Crows starve in exile and Sabor is lost forever.

A desperate Fie calls on old allies to help take Rhusana down from within her own walls. But inside the royal palace, the only difference between a conqueror and a thief is an army. To survive, Fie must unravel not only Rhusana’s plot, but ancient secrets of the Crows—secrets that could save her people, or set the world ablaze. 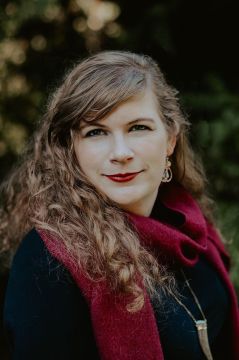 Born and raised at the end of the Oregon Trail, Margaret Owen spent her childhood haunting the halls of Powell’s Books. After earning her degree in Japanese, her love of espresso called her north to Seattle, where she worked in everything from thrift stores to presidential campaigns. The common thread between every job can be summed up as: lessons were learned.

She now spends her days wrestling disgruntled characters onto the page, and negotiating a long-term hostage situation with her two monstrous cats. (There is surprisingly little difference between the two.)

Prize: A finished copy of The Merciless Crow and The Faithless Hawk  (US only)

If you are interested in signing up with us for future book blog tours, be sure to check out TBR and Beyond Tours.