Alright, who is in the mood for some adult horror book reviews? I’m a complete horror addict but it’s more for horror films.  I have been reading more and more horror novels lately though, so if you have any suggestions for me (other than King, Koontz or Hil) then I am all ears!

Warning, I am not going to give trigger warnings for adult horror books unless it’s for  rape or pedophilia.  Assume that all of these books the possibility of graphic violence, gore, slurs, etc…  It’s horror – it’s going to have some messed up shit in it. 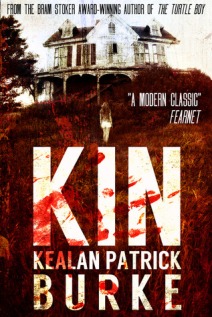 TW: Literally everything in this one – There is rape.  It’s not super graphic but it’s graphic enough.

This one was fun is a messed up inbred mountain man kind of way! If you’ve seen the films Wrong Turn and The Hills Have Hills then this is kind of a combo of those films but it takes place AFTER the brutal slayings.  There is, of course, the final girl who survived and now she wants revenge.  Not only are we following her on her mission to get back at this backwards, inbred family but we are also family a slew of other characters that are somehow involved, including loved ones of those who were murdered.  I love the crazy cannibal mountain men trope.  It’s great, fun and complete horror trash.  I had a blast.  There were a few times it dragged a couple of people could’ve easily been taken out of the mix completely but overall I liked the twist of having it start after the slaughter of the young, stupid kids.  I will say this one is GROSS.  The mother of these mountain guys is freaking horrible and disgusting and I just can’t.  My gag reflux literally went a couple times – not going to lie.  It was nasty. 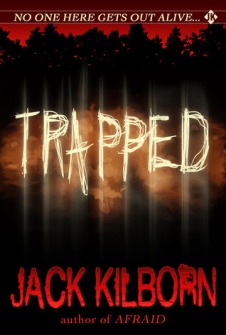 This doesn’t even deserve one star honestly.  I don’t know why I finished it – I guess I wanted to torture myself that day.  Complete and utter trash and not in a good way.  I really enjoyed the author’s novel Afraid but this was nothing like that.  Afraid got publishers – when he tried to submit Trapped, they said it was garbage and to try again.  He did and they said no again and to rewrite, well he didn’t want to, so he indie released it.  The publishers were right.  It has a fun premise – some youth mentors take a bunch of kids out to a secluded island to do some outreach stuff and it turns out there are some crazed mutant experiments running around the island slaughtering and eating people.  The execution of this story was so bad – it made little sense and it was so cringe at every single moment.  Don’t waste your time on this one.

Final Girls is a novella that plays out like a Black Mirror episode.  A scientist is helping people overcome fears or helping them bound by putting them in horror simulations together.  It’s supposed to be completely safe and is monitored and the results are that hopefully the fears may help people bond within the simulation and create a better relationship in reality.   A critic comes to test out the controversial simulation with the lead scientist as her partner and everything goes fine until someone breaks into the lab and change a few things around and the women get stuck inside.  It’s cool concept and I enjoyed it well enough but I wasn’t quite the Black Mirror quality level.  I would’ve liked to see them push it more and zombies are not my thing, so that kind of bored me.  It just wasn’t fully developed and the ending was super rushed.  I liked it but it was nothing special sadly. 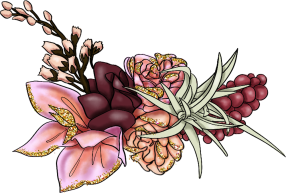 Have you read any of these? Any of these you might check out?