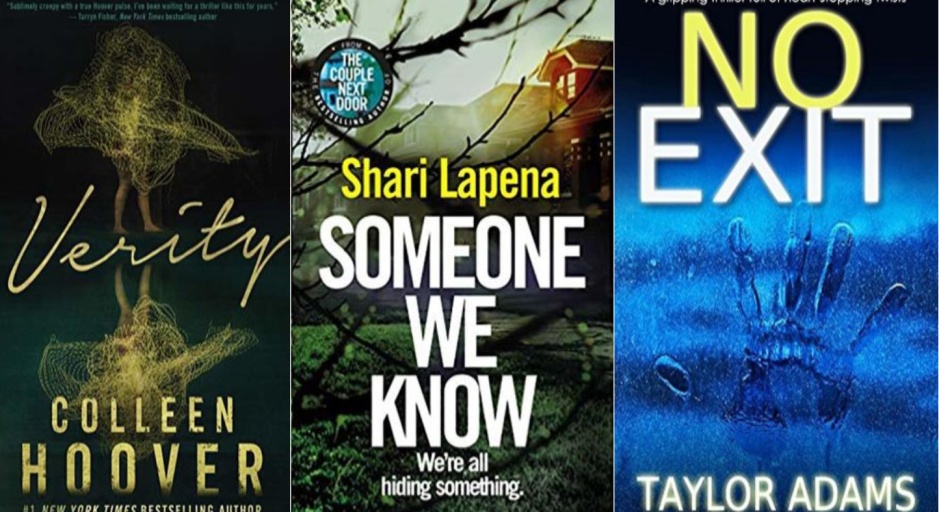 Alright, I have another set of mini-reviews for you today.  This time I’m reviewing some popular adult thrillers.  Two I really liked and one was kind of meh for me.  I did go a little long on my last review but I can’t help it – I had too much to say I guess LOL

Where do I even start with this one? I had heard this was a good thriller, what I didn’t know was it was FULL of very graphic sexual encounters.  I don’t mind sex in books at all but this was a little much for me – it got a bit distracting. I get it – the guy is good in bed.   It did remind me of some of the 90s Erotic Thrillers such as Basic Instinct or Disclosure but more low-key on the thriller aspect.  This follows a young woman, Lowen who is hired by to write a book in a popular series by a woman who is in a coma, Verity.  Verity’s husband, Jeremy is the one that does the hiring.  She is reluctant to try and fill the shoes of a successful writer, but she accepts and goes to their home to do some research for the story.  It doesn’t take long before she starts to have a very strong attraction to Jeremy and tries to resist it. The she comes across a private manuscript written by Verity and shit gets CRAZY.  I don’t want to say much because you should go into this one as blind as possible.  When you think you have figured it out – the book will slap you upside the face and laugh.  Check this one out, if you like a good mind fuck LOL

ARC REVIEW: Someone We Know by Shari Lepena

I was excited to get ahold of the arc of this one but it didn’t quite live up to what I was hoping.  I’ve read all of Shari’s books – I don’t think they are the best ever but I think they are a great afternoon binge and sometimes that is all I’m after.  However, her last book The Unwanted Guest was really good, and I feel like she kind of backtracked here a bit – I was hoping for something a little more intricate.  It’s a basic set up – you have a large cast of characters in a upper-middle class neighbourhood and someone goes missing – turns up dead and everyone slowly becomes a suspect as their secrets all start spilling out.  I thought this book was fine but it’s nothing I haven’t read 100 times, I normally don’t rate down for figuring out who did it but in this case I thought it was sloppy.  It felt so freaking obvious to me and I rolled my eyes so hard when the character showed up.  I was praying I was wrong and we were in red herring town but atlas… I don’t know that I’d recommend this one – it’s fine.  It’s good for a quick read and you likely won’t remember it a few days later.

No Exit by Taylor Adams

Ok, put your pitch forks away! I know I’m going to get some hate on this one for not rating it five stars.  I just want to say that I’ve read and watched a lot of horror and thrillers in my life and that can affect my rating because it can affect how intense a book is for me.  I really did enjoy this book and I’d HIGHLY recommend it because I completely get why people rave about this one.  Quick overview – we have a storm of the century kind of situation, our protagonist has to pull over to a small rest stop type of place – there are 5 or 6 other people there snowed in as well.  When she is out near her car she sees a little hand in the back of a van and realizes that a young child is in a cage in the back of this van.  Which means one of the people in the rest stop are kidnappers and she is completely trapped and has to figure out how to get herself and the child out of there alive. Intense, Right? It really is.

I loved the main character – she’s a complete badass and she’s SMART! I loved how smart she is – she isn’t constantly making poor decisions.  There pretty much all decisions you can see yourself making and when she does mess up, it’s not because she was a moron – it’s because her options are so limited.  I’m not going to mention anything about the kidnapper – you can let that play out for yourself.  I will say that one of the things that didn’t work for me personally is it got revealed too fast and I kind of wanted a bit more of a cat and mouse game with the tension of her trying to figure it out and whatnot.  That is just a me thing.  I still thought it was great – I would totally read another book by the author and this is a book you will likely devour in one read.  It’s very fast-paced and it starts up very quickly.   Opps, this review went a little longer than a mini – my bad!

Have you read any of these thrillers? What do you think of mini reviews? Yes? No? 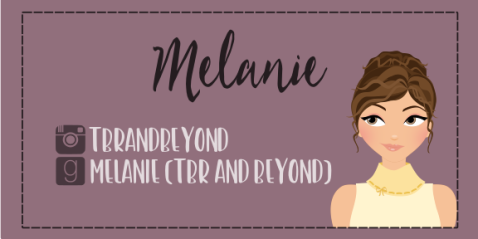 5 thoughts on “Mini Reviews: Thrillers – Verity, Someone We Know and No Exit”