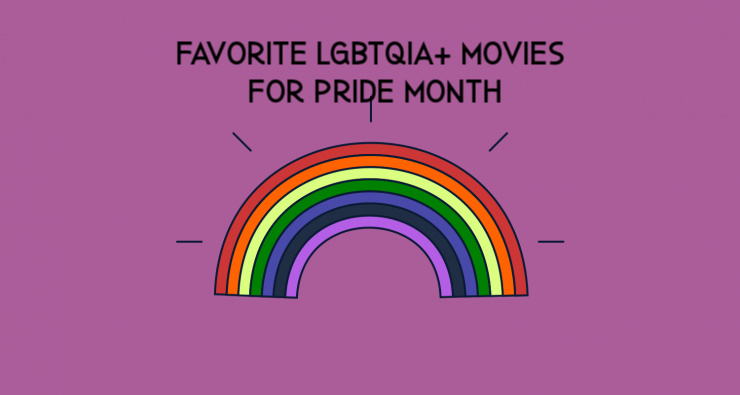 I know there aren’t an abundance of mainstream queer films out there currently but I still thought I’d share my personal favorite LGBTQIA+ movies.  I identify as queer and all of my choices are ones I believe that have good representation.  Of course, this is subjective and not everyone will feel the same way, but hopefully this list has some choices you haven’t heard of before or maybe get you to pick up one that you’ve been curious about in the past! Enjoy!

Love Simon (2018)  -Romantic Comedy/Teen
I mean obviously this movie had to make it be cause it’s such an important film in many ways.  We finally got a MAINSTREAM regular, cute rom-com that featured queer characters.  I was a fan of the book and I thought the movie did a pretty good adaption – def worth checking out.

This has quite the cult following in the LGBT+ community and for good reason.  I saw this YEARS ago for the first time and I’ve seen it probably a dozen times since.  This is pure satire, a bunch of teens are sent to a conversion therapy school so they can see the error of their ways and becoming good little straight children.  Of course, this goes crazy wrong (or in my eyes – ohhhh so right!!) and the kids fall in love with each other and rebel and madness ensues.  It’s hilarious and still relevant to this day.  Also has Natasha Lyonne and Clea Duvall getting real cozy, yes please!

Dirty Girl (2010)   – Comedy  HIDDEN GEM ALERT!!!!!!
This movie went so far under the radar and never really got the follow it deserves, I think it’s because it has a title that doesn’t really do the film justice and people have no idea what it’s about.  This is is a hilarious and thought-provoking film about two high school students – one the class “slut” and the other the class “loser” and they end up becoming amazing friends through a class project and going on a roadtrip together.  This is basically a teenage coming-of-age film that is also super queer! Seriously, check this one out, it’s so worth watching and this platonic friendship gives me all kinds of life.

The Adventures of Priscilla, Queen of the Desert  (1994)    -Drama/Comedy
Another film with a big cult following in the LGBT+ community is this little gem.  I saw this when I was fairly young and was completely obsessed with it.  It will make you laugh, rage and cry – sometimes all at the same time.  Also, it’s a bunch of drag queens travelling and doing classic songs like Abba, need I say more?!?!?!

Bent (1997)  – Drama
Alright, this is for the drama fans.  If you want something that will rip out of your heart a million times over than this is for you.  We are brought into the concentration camps in this where we follow two gay males and see the small ways they learn to accept themselves and fight back against what is happening to them.  I’ve only seen it once, years ago and I still remember it vividly.  This is not a happy ending film, so go in prepared.

Lost and Delirious (2001) – Drama/Teen
Another one that makes my heart hurt thinking about it but it’s so good.  This follows three girls in a boarding school and two of them are having a passionate love affair in secret from most of the girls in the school.  The secret does get out with devastating results.  This is full of drama and romance and steamy scenes and all that great stuff but it will also break you in the end.  Another one to go in mentally prepared to cry – a lot.

Heavenly Creatures (1994) – Drama
If you just want a balls-to-the-walls weird drama with a young Kate Winslet, this is the movie for you.  This is actually based on a true story, where two young girls become obsessed with each other and when one of their mother’s finds the relationship unhealthy they decide she needs to be removed….permanently.  Yikes!

I also want to give a shout out to two brilliant films that I’m not listing on here because the queer relationships are implied and not confirmed in the films.  Fried Green Tomatoes and The Color Purple – both of these also feature strong, beautiful female relationships and I highly recommend them.

Let me know your favorite LGBTQIA+ films! Have you seen any of these? Let me know!

Leave a Reply to jess @ crowing about books Cancel reply