It’s Sunday again, so you know what that means! This week, I’m going to count down my all-time favorite characters on the show.  I will warn you now, the ladies outnumber the men by a lot on this list.  I can’t help it – they made a lot of amazing female characters! I will keep out any spoilers for the current season in my post – just incase someone is behind. I can’t believe we have only three more episodes to go.  I certainly thought we would lost a lot more in last week’s episode but I still did some crying, all the same.  I have a couple of really fun posts planned for the last two week’s of GoT, so watch out for them! This list is based completely on the television show, not the books. Alright, this countdown this list! My favorite character’s of all time!

10.  Lady Mormont  – This fierce little bear really made a name for herself in the small amount of screen time she had.  From her very first scene, I was completely in love with this character – she could hold her own against men three times her age.  Slay baby girl! 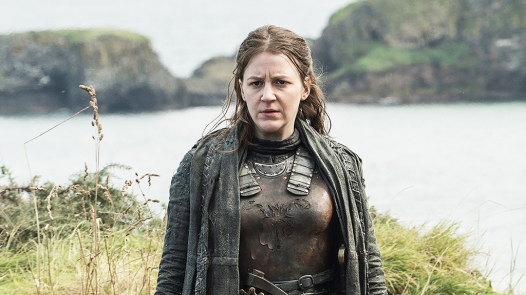 9. Yara – I have a mad crush on the “Queen of the Iron Ilses.” Yara is a character that I wish got a little more screen time because she is just so much fun when she is on screen.  She’s fearless, and even ruthless at times but always stays focused and loyal to her cause.  I almost died when she pledged her ships to Dany and they had a little bit of a flirt – ummm YES PLEASE!

8. Jon Snow – Ok, I know I’m going to get hate for having Jon down so low, but remember this is just my list and not a personal attack.  I like Jon Snow well enough – I actually really loved him in the early seasons and that is why he is staying on this list.  I think he’s a wonderful leader to his men.  He’s honest and loyal, sometimes to a fault but at the end of the day he’s a good person.  I’ll always ship Jon with Ygritte though. 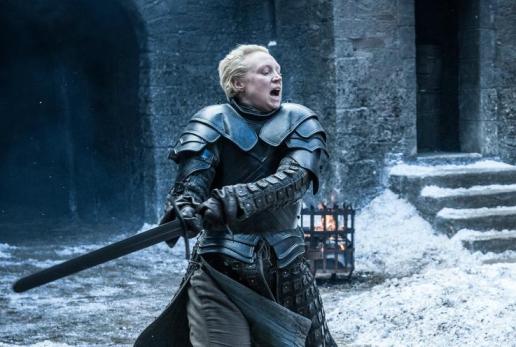 7. Brienne – I feel like I don’t even have to explain this one.  She’s honest, loyal and the one you’d want having your back if someone was after you.  Brienne of Tarth is simply a hero.   I’m so glad she is looking out for Sansa now.

6. Lady Tyrell – Oh my, how I miss this bad bitch.   Lady Tyrell gave zero f*cks and it was a complete pleasure to watch her banter without a care with all the Lannisters.  She may have looked like a frail old woman, but this was a woman who could take you out in a second.  Just ask Joffrey!

5. Margaery – She’d probably be in my top three at least if she was still around.  One of the smartest political players in the game, in my opinion.  She managed to make herself Queen three times. Every time it looked like she was out, she was right back up – playing the game.  Her death was a travesty and, even more so because she knew and they wouldn’t let her leave.  Another beautiful woman I have a crush on. 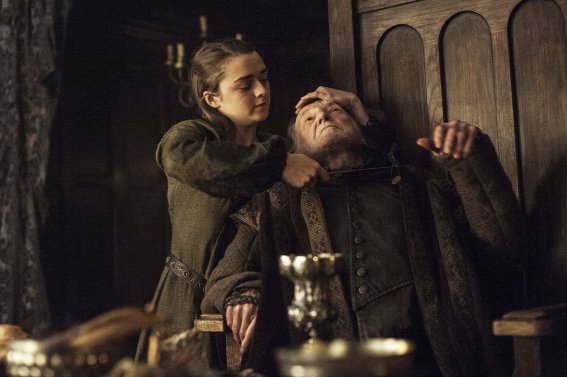 4.  Ayra – How can you not love Arya? She’s come so far.  I have been worried about how far Ayra has gone for revenge and if she could ever truly come back from it, but I’ve had small glimpses of hope that she can and will over time.  Her revenge for the Red Wedding was truly legendary, as was her journey to become an assassin. 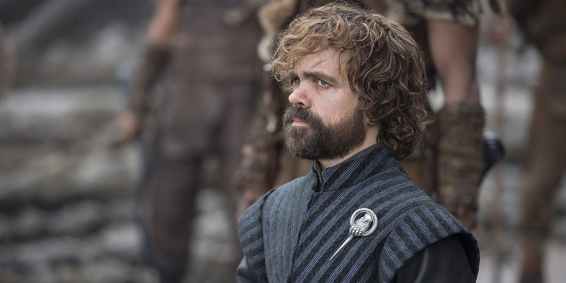 3. Tyrion – I’ve loved him since season one.  He was underestimated and taken for granted by his family, as well as humiliated and put in dangerous situations at every turn.  I loved him for standing up to Cersei and Joffrey and keeping Sansa as safe as he possibly could.  Also, Dany and Tyrion were the partnership I never knew I truly needed and I hope he stays true to it in the end and he stays on as her hand.

2. Dany – Mother of Dragons! It’s weird not having her in first place but she has moved into second spot for me over the last season or so.  I still love and adore her and would be thriller to see her on that Iron Throne.  I think she is becoming a bit of a tyrant currently but I also think that she can be redeemed there and will eventually compromise.  Her journey has been a crazy one, she has evolved so much over the years. 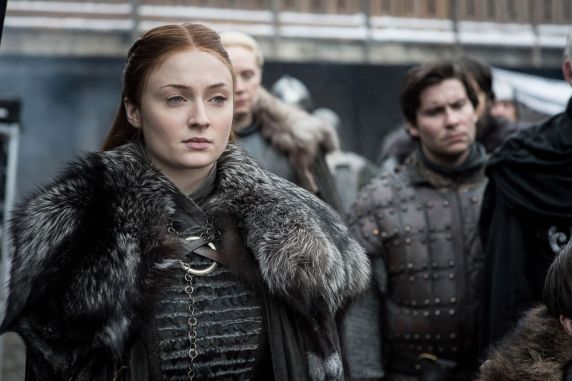 1.  Sansa – I feel like I’ve already said everything I can about my girl Sansa.  I just love her so much.  I wrote a pretty long post about wanting her on the Iron Throne last week and if you missed that be sure to check it out HERE.

Do you agree with any of my list? Who are your top three? Let me know in the comments below!