Alex and Conner Bailey’s world is about to change, in this fast-paced adventure that uniquely combines our modern day world with the enchanting realm of classic fairy tales. The Land of Stories tells the tale of twins Alex and Conner. Through the mysterious powers of a cherished book of stories, they leave their world behind and find themselves in a foreign land full of wonder and magic where they come face-to-face with the fairy tale characters they grew up reading about. But after a series of encounters with witches, wolves, goblins, and trolls alike, getting back home is going to be harder than they thought. – synopsis from Goodreads

This one breaks my heart, I was sure this would be a higher rating.

The Wishing Spell took me forever to finish, I really pushed on it. I probably should have given up after awhile but I was trying so hard to convince myself that I liked this book. Why would I do that? Mostly because this book should have won me over so easily. It had all my favorite elements: middle-grade adventure, fairytale-retelling and lots of fun recognizable characters. This book was such a disappointment for me. I did get excited to see the crazy amount of fairy tale and nursery rhyme (loved that they were included as well) characters that were in the story. The Red-Riding Hood plot pretty entertaining but the rest of the book fell pretty flat. Oh, and Mr. Frog was a hoot.

I wasn’t big on Chris Colfer’s writing style (I am a fan of his acting though). It was very simplistic and quite clunky. The sentences were short and not that descriptive. At first I was going to give this book some slack because it’s for a younger audience (6-12 probably) but I really couldn’t do that because middle-grade should be held up to the same standard as anything else. Middle-grade gave us masterpieces like Harry Potter and The Chronicles of Narnia. Middle-grade can mean some very quality writing that all ages can enjoy.

Another big issue with this book is that there was NO sense of danger for me at all. I mean they would get into dangerous situations but nothing seemed very urgent to them and everything moved too fast so things were over before they began. I think he put too many characters into one book and so we really couldn’t get to know most of them that well.

I know a lot of people really like this series and this would probably be a fun read for younger children. It just didn’t work for me. I’m sad that I won’t be continuing the series because I know later on in the series characters like The Queen of Hearts and Merlin show up.

I can’t say it’s not worth a read because it might work for you. I would definitely suggest this book to read with your children as small as five or six.

View all posts by Mir

9 thoughts on “Middle Grade Monday: The Wishing Spell (The Land of Stories #1) by Chris Colfer” 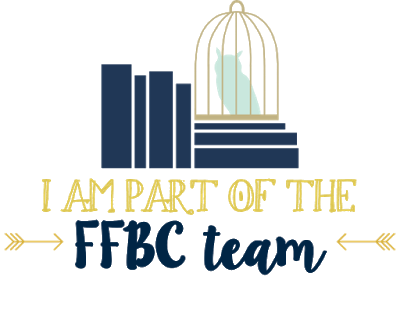